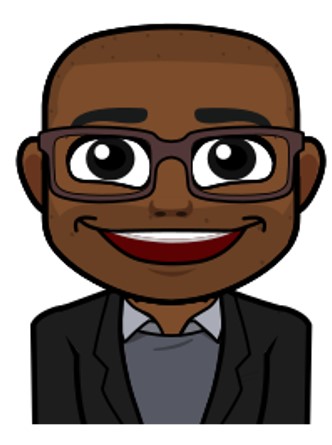 Some in our society possess jaded views on success and the people that achieve it. Many believe no one attains it without underhanded tactics. The counterculture argument against the traditional notion that hard work, dedication, and perseverance pays off.

In many ways, this sentiment spills over into the sports world, as every achievement is scrutinized by the scandal s of the past. Every record is met with skepticism over the potential for PED use.

The Houston Astron helped fuel these jaded cynics by being the center the recent MLB scandal involving an elaborate scheme to steal pitching signs used by the opponents during their home games in 2017 and 2018.

As a result, three coaches and a general manager lost their job with yearlong banishments handed down to AJ Hinch and Jeff Luhnow, who were immediately fired. MLB handed down a $5 million fine to the Astros organization.

Alex Cora, who went on to win another World Series the following year in Boston, was terminated by the Boston Red Sox, which are under investigation for its own sign stealing scandal. Thought to be less elaborate than what the Astros did.

The Mets also decided to part ways with their manager, Carlos Beltran, who served as the lead player in the scandal. No players were punished, but Beltran could not reasonably lead an organization.

In the end, the Astros will still remain the 2017 World Series champion. Many of the stars from that team still play prominent roles and escaped without any punishment. Some may consider that a reasonable cost for attaining a banner.

Obviously, the Astros owner, Jim Crane, did not feel that way and made the right decision to clean house. The players and bench coach were responsible. But, leadership did not foster a compliant environment and were far too passive.

Some may argue why is this a big deal. Stealing signs is nothing new to baseball. Cheating is not new either. Not that long ago, many in baseball looked the other way as PED dominated the game.

Stealing signs in baseball is usually achieved by a runner on second base relaying signals to the hitter. Not a camera relaying the catcher signal to the dugout and the banging on a trash can to notify the hitter of off-speed pitches.

Although baseball released the punishments on the day of the NCAA national football championship game, the sports worlds did eventually catch on and many have a strong opinion of the scandal and all the participants.

The punishments and reputational damage appear much more significant than scandals plaguing other sports. For instance, the NFL had many cheating scandal committed by its current gold standard organization, who appear to be somewhat repeat offenders.

The New England Patriots committed similar technology-based offenses, using technology to be able decipher play calls, which led to fines and loss of draft picks. Followed up by deflate-gate and another video controversy.

While some outside of Boston may feel anger towards the Patriots, most fans look past the scandals to recognize the organization’s continued greatness and prowess. Football is king in America. The scandals rarely separate fans from the love of the game.

Baseball fans are wired differently than most sports fans. Compared to other sports, baseball fans place a great value on the history of the game. Other sports fans focus more on entertainment value and the evolution of the sport.

The scandal attracts greater attention because it also impacts baseball teams located in our two largest media markets. Fans of the Dodgers and Yankees justifiably feel slighted. The Dodgers having a stronger case since both accused teams were World Series foes.

Baseball will begin its 2020 season in a couple of months and it will be interesting to see the responses the Astros get in away games, especially in New York. See how MLB steps up enforcement to ensure integrity is maintained.

Integrity and morality are not relics of the past. Rather a continuous staple of any society, especially in a sport that adores its history more so than any other league. Records and achievements are revered in baseball.

This scandal may counter the time-honored notion that cheaters never win. Sometimes, they do. But, their victories ring hollow compared to teams that won based on hard work and all the other desirable characteristics.

Some people find shortcuts to their success. But, the people that truly earn it, which the vast majority of successful people do, will actually find it not fleeting. They will not have to cower when looking others in the eye. Strive for success. Do not let the cheaters win.